The Weavers were a tribe of spiders[1] that used to reside deep in the recesses of Deepnest in their own den. Despite bearing resemblance to the other creatures in Deepnest, such as the Deepling, they came from outside of Hallownest and established their own history and culture in Deepnest.[2][3]

The weavers once crafted stories, shields, and spells on their looms. The

Weaversong Charm is a remnant of what the Weavers could create with their talents.[4] In the Weavers' Den, a seal can be found which is almost identical to the

Seal of Binding seen in the 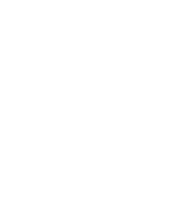 Seal in the Weavers' Den

Seal found at the start of the Path of Pain

The tribe left Hallownest and returned to their old home[2] after signs of the Infection began to appear in Deepnest.[3]

A Weaver appears at the entrance to the Weavers' Den after the Knight picks up Weaversong. This Weaver remains standing near the entrance but scuttles out when the Knight gets closer. It is the first and only appearance of a living Weaver in the game, disregarding the infected Little Weavers that can be found throughout Deepnest.

In Pharloom, the Weavers that remain in that land help Hornet restore her traditional strength.[5]

Living Weaver near the exit of the Weavers' Den

Dead Weaver in the Weavers' Den

Dead Weavers in the Weavers' Den

Dead Weaver in a secret area of the Weavers' Den

Seal of Binding in the Weavers' Den 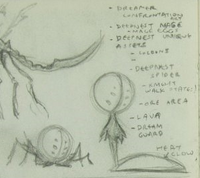 Weaver seen in the Silksong trailer