View source
watch 02:17
New Pokemon Games - The Loop
Do you like this video?
Play Sound

Hollow Knight: Voidheart Edition is the release of Hollow Knight on PlayStation 4 and Xbox One. It contained changes which were deployed for the PC and Nintendo Switch versions as well. It was announced on September 11th, 2018[1] and released on the 26th.[2]

This update brought balancing to the fights of

Godmaster, fixed bugs, and made a few visual changes throughout the game. It also added a corresponding menu style, currently used by default on all platform versions.

For more information regarding updates and changes to the game, see: Updates

Startup background for the controller/auto save prompt 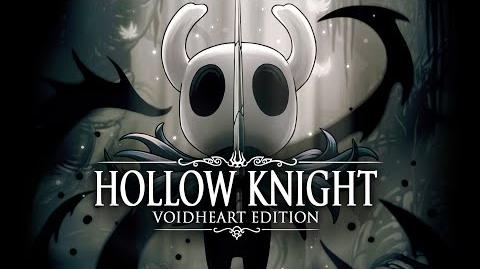