Void Tendrils are enemies in Hollow Knight. They are fragments of Void shaped like tendrils which lash out at intruders to push them away or pull them under.[1][2]

Void Tendrils emerge from pits of black liquid, reaching up and flailing if the Knight gets close. They deal contact damage and cannot be harmed.

They are only found in the Abyss, in pools of Void and in the sea of Void. The Void Tendrils' Journal entry is found within a secret area to the right of the lighthouse in the Abyss, blocked by a Shade Gate and accessed through a passage in the ceiling.

Locations throughout the Abyss. The ones in the sea of Void no longer appear after the lighthouse has been turned on 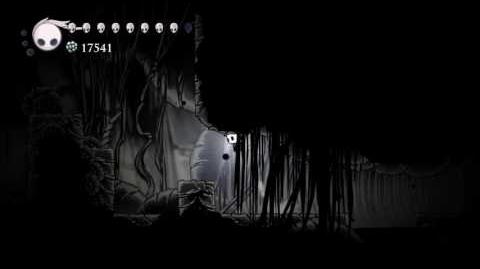 In the sea of Void

In pools near the centre of the Abyss

Retrieved from "https://hollowknight.fandom.com/wiki/Void_Tendrils?oldid=93669"
Community content is available under CC-BY-SA unless otherwise noted.