Soul Master is a main boss in Hollow Knight. Defeating him grants the Desolate Dive Spell. The Soul Tyrant is his dream variant.

Soul Master is the leader of the Soul Sanctum of Hallownest, which searched for ways to expand the minds of bugs and attain pure focus.[3][4] When the Infection started, he came to the conclusion that Soul, the energy animating bugs and beasts alike, was the solution to cure their mind of this plague.[5] He refused to listen to the Pale King opposing his work, and failed to realise that his own infected mind was influencing him.[6][7]

Soul Master hoarded Soul and consumed it, eventually gaining new Soul powers.[8] He had Soul Totems gathered in the Sanctum and drained many unfortunate bugs of their vital energy. Unlike the rest of the Kingdom's inhabitants, he and his followers were able to survive the Infection. However, he was driven to obsession in his quest for immortality, and lost his sanity while trying to get closer to the light that was guiding him in his mind.[9][10][11]

The Knight encounters Soul Master at the top of the Soul Sanctum where he ambushes them. After being seemingly beaten, Soul Master releases his Desolate Dive spell. If the Knight attempts to absorb it, Soul Master reappears to take it back and smashes through the glass rooftop for another round. When killed, at last, he releases the spell again while also granting access to other rooms of the Sanctum, including a bounty of

After his death, the Knight can use the Dream Nail on the Soul Master's corpse to enter his dreams. There they can battle the Soul Tyrant, a stronger and faster version of the Soul Master. In this form, the Soul Master has finally realised the errors of his ways and is full of resentment towards the light that misguided him.[12]

Once defeated a second time, the lingering spirit of the scholar appears floating above his corpse. Despite his previous thoughts, the Soul Master blames the Pale King for robbing him of immortality.[10] He claims that with both the King and Hallownest dead, he will now live on forever.[13] The spirit then shatters into 300 Essence and is absorbed by the Knight's Dream Nail.

Soul Master teleports at least once in between each of his attacks: 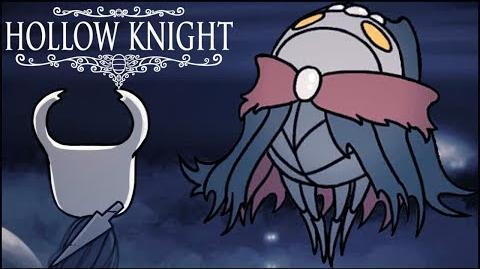 His Orb attack can be dodged by jumping or dashing either left or right if Soul Master is far away, but it does not hit the Knight if they stand directly next to him.

When he summons the four orbs that orbit around him (Clock attack), approach him when he is about halfway across the arena, and jump over the bottom orb when it is closest to the ground.

The easiest way to damage him is to keep attacking him from below when he is conjuring the homing orbs.

He leaves many open opportunities to heal, notably when he "deflates" after taking enough damage. Staying in the centre after he finishes his Clock attack is also a good opportunity to heal multiple times.

After receiving enough damage, Soul Master undergoes a long, drawn-out death sequence ending with him leaving behind his signature Desolate Dive spell. However, just before the Knight can absorb the spell, he reappears, slamming through the ground, and the battle enters its second Phase.

In this Phase, Soul Master only has three attacks, which he alternates between:

This Phase is overall significantly easier than the first Phase due to the predictable nature of the Soul Master's attacks, the lack of shockwaves on his Slams, and his openness to attacks during his projectile attack. Keep dashing and jumping in either direction when he does the Slams. Once he starts conjuring orbs, he is open for 2-3 or more hits each time, but make sure to keep moving to dodge the homing projectiles.

Learn to avoid the projectiles and attacks, as this Phase gives the Knight much less time to stop and heal.

Soul Master is located in the upper part of Soul Sanctum.

Arena for Phase 1 in Soul Sanctum

Arena for Phase 2 in Soul Sanctum 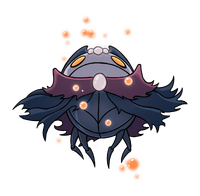 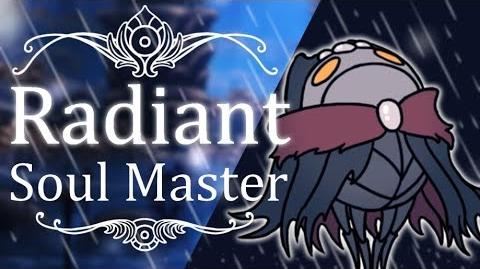