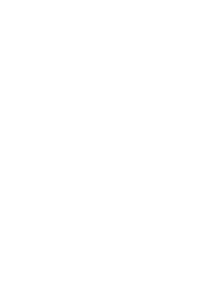 Seals are magical formations which appear in both Hallownest and Pharloom. They have various functions and features.

Seals are white-glowing formations which consist of interconnected lines and geometric shapes. Some seals contain stylised imagery of certain characters such as the Hollow Knight. Most seals do not automatically appear but require certain actions before they are revealed, such as attacking an object or a character.

Several seals are shown to protect living beings or inanimate objects from damage. Seals might also exist to block access to certain areas or to trap somebody in a specific place. The only named seal, the

Seal of Binding, is used to contain a powerful force or preserve something of great importance.[1] In some cases it is unknown what the function of a specific seal is.

Seals play a major role in Hallownest's history. The seals of the Dreamers were part of the Pale King's plan to seal the Radiance away. Three powerful bugs were chosen to enter an eternal sleep.[2] They became seals on the entrance to the Black Egg to protect the Hollow Knight inside.[3][4]

When the Infection returned and the Hollow Knight weakened, the Dreamers' seals still remained.[5] Their seals can only be broken if their minds are accessed and they are killed inside their dream.[6]

Hornet was taken to Pharloom in a cage by bugs of the Citadel's caste.[7] This cage was protected by a seal.[8] At some point in the journey, a white flying bug appeared which landed on the cage and broke the seal.[8] This eventually led to Hornet's escape into Moss Grotto.[8]

Seals which block access to a certain area or object or which exist to trap somebody in a specific place.

Seals which protect somebody from being damaged by physical weapons or Spells.

The Seal of Binding is an intricate seal of ancient design and the only named seal in Hallownest.[1] Its main distinctive feature is the stylised head of the Hollow Knight at the top of the seal. In its Hunter's Journal entry, this seal is described as being used to contain a powerful force, or to preserve something of great importance.[1]

Seals which do not fit into any other section.

The following formations do not look anything like the other seal designs. They may be seals, but this has not been confirmed.