The Oblobbles are a dual boss in Hollow Knight. They sit at the top of the Trial of the Conqueror. Two separate fights against them are required to unlock their Journal entry, either through replaying the trial or battling them in

The Oblobbles are larger relatives of the Obble[1], and are able to move faster and fire more projectiles per attack. The Knight can encounter a pair of them in the Colosseum of Fools during the Trial of the Conqueror. These Oblobbles are raised and trained within the Colosseum to take part in the fight against gladiators[2] Killing one enrages the other and makes it move and attack faster.

Like most other enemies in Hallownest, they are Infected, though they do not explode upon death.

Two are fought in the Trial of the Conqueror at once.

When the second Oblobble goes into Frenzy, its maximum health is increased to 300 and it regains up to 100 health. In

Godhome, its maximum health it increased to 750 and it regains up to 200 health. The Knight can either focus one Oblobble down or try to distribute damage across both Oblobbles so that the last Oblobble has as little health as possible. Spells are very useful for distributing damage.

Nail Arts like Great Slash and Dash Slash and Spells like Vengeful Spirit/Shade Soul and Howling Wraiths/Abyss Shriek are useful throughout the fight. Cyclone Slash is also good for Phase 1, but not when the Frenzy Phase begins.

Using 2-4 Abyss Shrieks can easily kill an Oblobble; however, it requires enough SOUL before the fight. Using the Dream Nail or the Soul Eater Charm (on certain enemies) can make this significantly easier. Charms that make spellcasting easier (such as Shaman Stone or Spell Twister) are good ways to get rid of the Oblobbles fast without taking too much unnecessary damage.

The Oblobbles are only found in the Colosseum of Fools and

Arena in the Colosseum of Fools 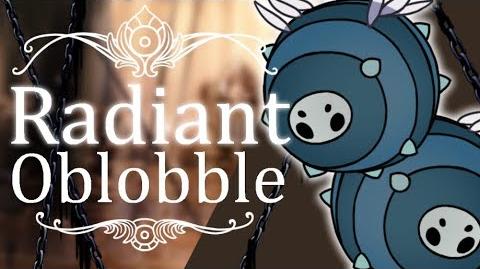