Howling Wraiths is a Spell in Hollow Knight. Using it releases a blast of SOUL above and around the Knight.

Press FOCUS/CAST or QUICK CAST while holding UP to release a wave of energy in an arc around and above the Knight, dealing 3 hits.

At 6 times the strength of an Old Nail, it deals twice as much damage as Vengeful Spirit if all three hits connect.

The Spell has a wide range allowing for some hits even when the target is at an upper corner in relation to the Knight.

Like Vengeful Spirit, this Spell can stall the Knight in mid-air, though it does not send them in a direction opposite of the force.

Not all three bursts might be able to hit an enemy at once, depending on enemy movement and hitbox.

Found in the Overgrown Mound within Fog Canyon, next to the entrance to the Queen's Gardens. 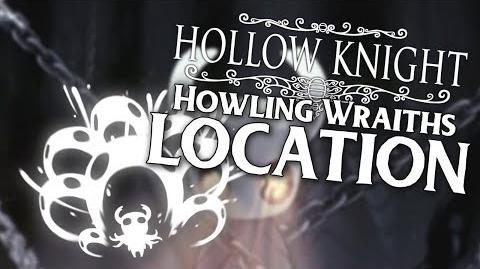