View source
watch 02:40
World of Warcraft: Dragonflight - The Loop
Do you like this video?
Play Sound
For the playable Silksong protagonist, see Hornet (Silksong).

Hornet Protector is the first form of Hornet as a boss in Hollow Knight. She confronts the Knight in Greenpath to impede their quest, but underestimates her opponent and does not deploy her full strength. She must be defeated twice to unlock her Journal entry, but this can be either by defeating both forms or by defeating her Protector form once in Greenpath and once in

Hornet has 4 base attacks: 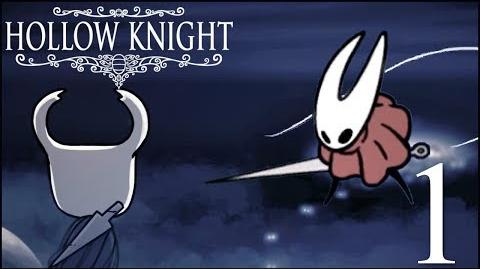 As the fight starts, Hornet shifts into a battle stance. Throughout this animation she is vulnerable to damage and remains stationary. This takes approximately one second, during which the Knight can repeatedly damage her by striking upwards with the Nail.

Wait until she moves in with a Lunge attack and get a few hits in to gain SOUL. Then, when she moves out of range, hit her with the Vengeful Spirit Spell. At this point in the game, Vengeful Spirit deals 3 times as much damage as the Nail.

After taking out about a fifth of her health, she staggers and kneels on the ground to recover. This occurs four times throughout the fight. Use this time to heal if needed or to hit her with Vengeful Spirit, as the next attack on her causes her to immediately recover.

Hornet always performs a Leap after recovering from a stagger. This can be used to get in multiple Nail hits.

The best moments to heal during battle are during her Throw attack and her Gossamer Storm attack since both have limited range and take time to complete.

The Knight can perform a downward slash if they mistime their jump over the needle during the Throw attack, allowing them to bounce off of Hornet's needle without taking damage.

Hornet Protector can be fought in Greenpath.