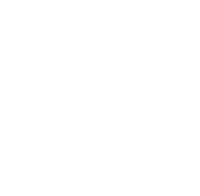 Hallownest is the location where Hollow Knight takes place. Once a thriving kingdom in the middle of a wasteland, it has fallen into ruin in the wake of the Infection.

The land of Hallownest covers a vast network of caves and tunnels in the middle of a wasteland. They are inhabited by both sentient and wild bugs, among other creatures.

On the surface, the lonely town of Dirtmouth is safely nestled in a valley between the Howling Cliffs and the Crystal Peak. Most travellers to the kingdom reached Dirtmouth via the King's Pass, before the bridge up to it crumbled away.[1] The caverns below the town were heavily transformed into crossroads to allow transportation of bugs and goods across the land.[2][3]

The caverns expanding below the cliffs are overgrown with luxuriant vegetation, and each with its own ecosystem. The leafy caverns of Greenpath and the groves of the Fungal Wastes were once tamed by the construction of roads, with the Pilgrim's Way as the main path leading from the Crossroads to the kingdom's capital.[4]

The Queen's Gardens, originally part of Greenpath, were orderly built as a calm retreat for the White Lady.[5][6] Without any maintenance, they were eventually smothered by overgrown vines.[7] Similarly, Fog Canyon is infested with bulbous creatures and the Fungal Wastes with noxious mushrooms.

The mountain's caves contain growing deposits of crystals, which used to be mined for the energy contained within them.[8] Below lie the wide caves of Hallownest's Resting Grounds, filled with tombs and a subterranean lake. The kingdom's moths were responsible for managing these graves.[9]

Below the lake is the largest cavern in the lands occupied by the City of Tears, the kingdom's fallen capital. The lake's water pours down from cracks in the roof causing the city to be submerged in continuous rain.[10] It rests upon the Royal Waterways, a network of pipes and cisterns to manage the city's wastes.[11]

Bordering the kingdom underground on one side is Deepnest, a dark network of cramped tunnels and chasms. On the other side, the city is sealed from the Kingdom's Edge and the Hive by a giant wall.[12] Kingdom's Edge consists of a high chasm and wide caverns covered in perpetually falling white ash. The Hive is the artificial habitat built by a colony of bees.

At the deepest point of Hallownest is the Ancient Basin, forgotten caverns where the Kingdom's monarch built his White Palace. The palace itself disappeared after the Infection returned.[13][14] Further down is the Abyss at the heart of the lands' darkness, its entrance closed and sealed by the king himself.[15]

Worship of the Pale King

The bugs of Hallownest believed that the Pale King created the entire world and everything in it.[16] Although he was an elusive figure who was rarely seen, the citizens revered him as a god.[17] They worshipped him through the King's Idols, icons which depict the King, with each of them being tailored to its owner.[18] Various statues and shrines to the Pale King can be found throughout Hallownest, such as the fountain in Ancient Basin and a shrine in Crystal Peak.

Worship of the Radiance

Before the arrival of the Pale King, the Radiance was worshipped by her descendants, the Moth Tribe.[19] A statue was built on Hallownest's Crown in her image. After being nearly forgotten and causing the Infection, the Radiance is now worshipped by the Moss Prophet who preaches about her to several Mossy Vagabonds.[20] Numerous other bugs became part of the union that the Radiance offers, whether willingly or not.[21][22][23]

The Mosskin worshipped Unn, who made them from her dream.[24][25] The Lake of Unn used to be her home, and the building next to it functioned as a place of worship.[25][26] The Mosskin guard Greenpath, believing that someday Unn will call them back to the dream they were born from.[27][28]

The ancient enemy of the Void was the Radiance, a higher being who is a light brighter than Essence and who has some power over the Dream Realm.[31][19] She created the moth tribe who in turn worshipped her.[19] Several other tribes existed as well, such as the Mosskin, the Mantis Tribe, and the spider tribe.[32][33]

The Kingdom of Hallownest

At a certain point in time, a Wyrm arrived in Kingdom's Edge where it shed its shell. This Wyrm then transformed into the Pale King in order to match the form of the other, lesser bugs.[34][35][36] Similar to the Radiance, the Pale King was a higher being who was known as a light.[37][38] He expanded the minds of several species of bugs in Hallownest, which granted them sapience, and in return the Pale King expected them to worship him.[39]

The Kingdom of Hallownest was founded, which the Pale King ruled as a god-king together with his Queen, the White Lady.[17][40] The Radiance's moth tribe turned its back on her, choosing to worship the Pale King instead.[41] Parts of Greenpath which used to belong to the Mosskin were annexed, while the Mushroom Clan of the Fungal Wastes accepted the Pale King's rule willingly.[42][43]

The Mantis Tribe and the bugs of Hallownest had no love for each other, but they agreed on a truce where the Mantises would keep the beasts of Deepnest at bay.[44][45] The Bees of the Hive and the spider tribe of Deepnest chose to remain separate from the kingdom.[46][47]

The Pale King ruled Hallownest from his palace far below the Kingdom.[17] Under his reign, the kingdom flourished, with many travellers coming and going.[48] The capital of Hallownest was located above the King's palace and was the destination of many pilgrims.[4][49] The Five Great Knights served as the kingdom's protectors.[50]

The Infection and the Hollow Knight

With the Moth Tribe no longer worshiping the Radiance, she was almost entirely forgotten. However, remnants of her memory still lingered, such as the statue on Hallownest's Crown.[51] When she attempted to make bugs remember her again through their dreams, they resisted her influence, which manifested itself as the Infection.[51][52]

To put a stop to the Infection, the Pale King decided to seal the Radiance away in a Vessel with no mind nor will.[53] This would make the Radiance unable to influence them and thus leave her trapped forever.[54][55] These Vessels were the children of the Pale King and the White Lady, born in the Abyss with Void filling their shells.[39][56][57][58]

After many Vessels were discarded for having a mind and will, one Vessel was considered pure and chosen to seal the Radiance.[15] This Vessel was taken out of the Abyss and named the Hollow Knight, trained and raised in the White Palace.[53][59][60]

Three bugs were asked to become Dreamers, which would put them in an eternal sleep and seal the Temple of the Black Egg where the Hollow Knight and the Radiance would be contained.[61][62] Herrah the Beast, the queen of Deepnest,[63] only accepted if the Pale King would give her a child.[64][65] This child ended up being Hornet, born of Herrah and the Pale King.[66]

When the Hollow Knight was fully grown, they were sealed together with the Radiance within the Temple of the Black Egg.[67] The three Dreamers went to sleep to protect the Black Egg's entrance.[62] Two monuments were built in remembrance of their sacrifice, one dedicated to the Hollow Knight in the capital city, and one dedicated to the Dreamers in the Resting Grounds.

The Fall of the Kingdom

After some time, it became clear that the Hollow Knight was not a pure Vessel, tarnished by their bond with the Pale King who raised them.[59][68] Due to this, the Radiance was eventually able to exert influence again, causing the Infection to reappear.[69]

As the kingdom fell to ruin, the Pale King abandoned the bugs of Hallownest and disappeared together with the White Palace.[70][71][72] Most of Hallownest's inhabitants became infected or died, with a few exceptions such as the Mantis tribe and some other bugs who resisted the Infection.[73]

The Radiance eventually managed to break out of the Hollow Knight, cracking their shell and fully infecting them.[74] This event prompted the Knight to return to Hallownest, the kingdom now overrun by the reanimated corpses of its former citizens.[75][76][77]

The map of Hallownest

The floor of the Abyss

Lower area of the City of Tears

Dirtmouth well leading to the Crossroads

Abandoned village in the Forgotten Crossroads

Main room in the Hive

Western dunes of the Howling Cliffs

Waterfalls in the Royal Waterways