Distorted Gods And Glory (Part B)

The Collector is a hidden boss in Hollow Knight. Defeating it grants the Collector's Map.

The Collector is a Void creature. It lives hidden away in the locked Tower of Love along with a large collection of bugs from throughout Hallownest that are preserved, both dead and alive, in glass jars.

While always displaying a joyous demeanour, the Collector is only concerned with the preservation of other creatures.[2][3] It trapped the Grubs from the Forgotten Crossroads colony and recorded their location throughout Hallownest on a map.[2][4] Despite its attention to the Grubs, it only has three within its tower. It also has a connection to the previous owner of the key to the tower, a Hallownest aristocrat bug that can be found dead deep within the Queen's Gardens.[5]

The Collector can be heard laughing outside the padded door of the Tower of Love. When reaching its room, it leaps from the ceiling to attack the Knight. If the Knight dies to the Collector, their Shade can be found trapped in a glass jar before entering the fight arena. When defeated, Void particles erupt from the Collector as its final laugh dies out. Then its body falls to the floor and collapses: dissolving into a black liquid which quickly evaporates.

The Collector uses a series of attacks and manoeuvres mainly focused on spawning enemies:

The number of jars that the Collector drops depends on the Phase and the summons still alive. After taking 350 damage the Collector transitions into Phase 2.

The Collector can drop jars when 3 or less summons are alive. When there are 4 or more summons it stops dropping jars.

Phase 1: The Collector drops 1-2 jars at once. The maximum number of summons at once is 5.

Phase 2: The Collector drops 2-3 jars at once. The maximum number of summons at once is 6. 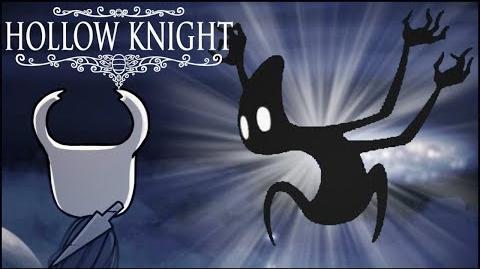 The Collector erratically jumps around the room, avoiding attacks. The main threat in the battle comes from the Jar attack and the creatures it spawns. The Collector itself does not give SOUL unless hit by either weaverlings (while Grubsong is equipped) or the Dream Nail. This makes gathering SOUL particularly challenging during the fight.

As the fight progresses, the Collector gets faster and more aggressive. Be careful with healing, as the Collector is fast, and its movement pattern can be difficult to read. Be wary of its Grab attack because it has a surprisingly long range. Charms like Quick Focus and Shape of Unn make healing much safer.

It is recommended to get the Coiled Nail first as this makes it possible to kill the enemies it spawns in one hit; equipping the Fragile Strength/

Due to the Collector's movements, it is recommended to stay on the ground at all times. The Knight is small enough to walk under the Collector when it hops, but, if needed, the Shade Cloak is helpful for avoiding the Collector.

After the Collector's health reaches 0, it leans over as if staggered and stays there in place slowly chuckling. An additional 15 hits are required to finish the fight once it is in this state. The Collector is still dangerous and deals contact damage while in this state.

The Collector is locked in the Tower of Love, which can only be accessed using the Love Key, found in the Queen's Gardens. The Tower can only be entered from the deep lift shaft between Kingdom's Edge and the City of Tears. An exit to King's Station can be accessed after flipping a switch.

Location in the Tower of Love

Arena in the Tower of Love