The Grimm Troupe is the second of the three free content packs planned for Hollow Knight.[1] Its name and content were revealed on September 14th, 2017[2]. It was released on October 26th, 2017.[3]

This update added a major quest with its own characters and bosses, several Charms, and a platforming challenge.

For more information regarding updates and changes to the game, see Updates. 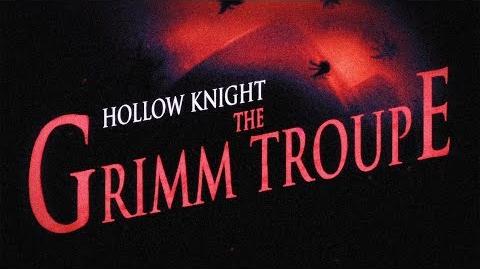