What's on your mind?

I lost 9000 geo to nosk because I don't usually have 9000 geo so when I was on my way to go grab my soul I saw nosks little hole and I was like yeah I can beat him first try.

Ok, so i found this video of the "pale champion" and it was obviously modding, but is there a wiki of it? please let me know!

I "found" this image somewhere, so here it is. 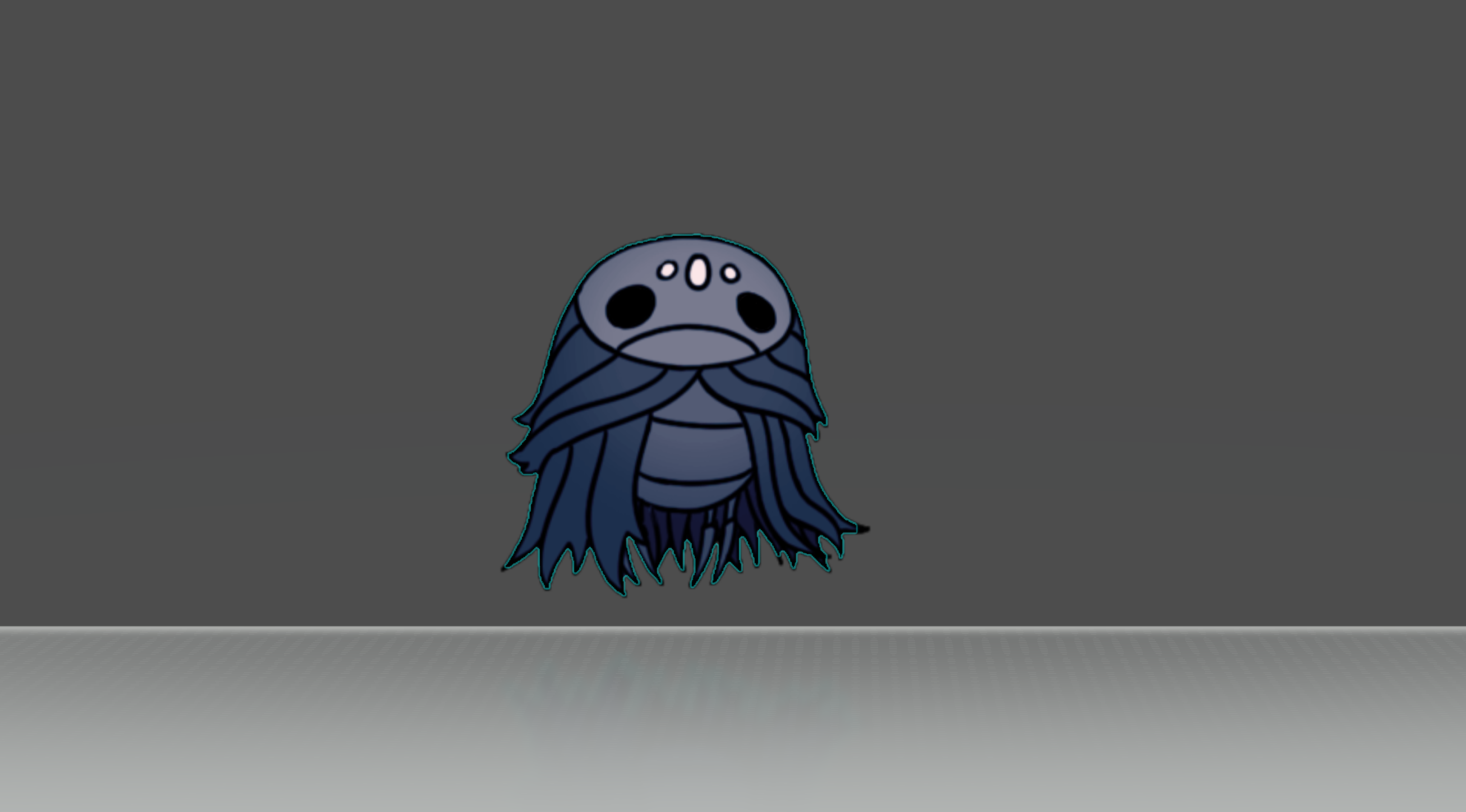 So I'm trying to clear out the Hall of Gods and beat all bosses on Radiant. I'm using Unbreakable Strength, Mark of Pride, Grubbberfly's Elegy, and Soul catcher. Mainly struggling on the Grey Prince, Markoth, Sisters of Battle and Absrad. Any tips/charm recommendations?

Small things I noticed in the Silksong trailer that may or may not be important.

First of two pictures that support two other theories I have. 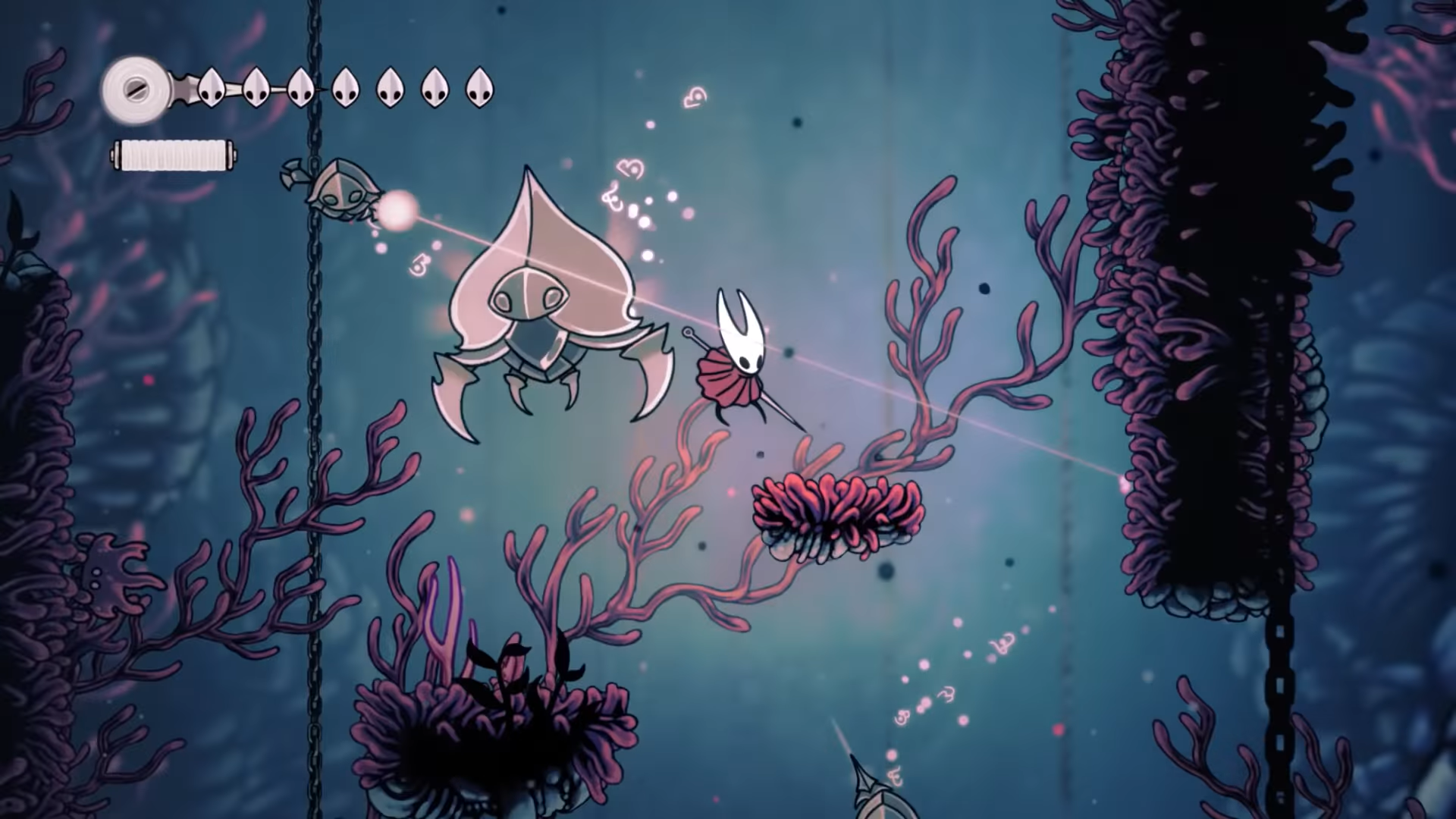 You can see that the bottom of these platforms have a normal rock formation. It seems that the coral grew on top of it. Makes me wonder if there was an higher being that caused the coral to grow in the first place. Simular to how Unn was responisble for all the greenlife in Greenpath, Fog Canyon and Queen's Garden. 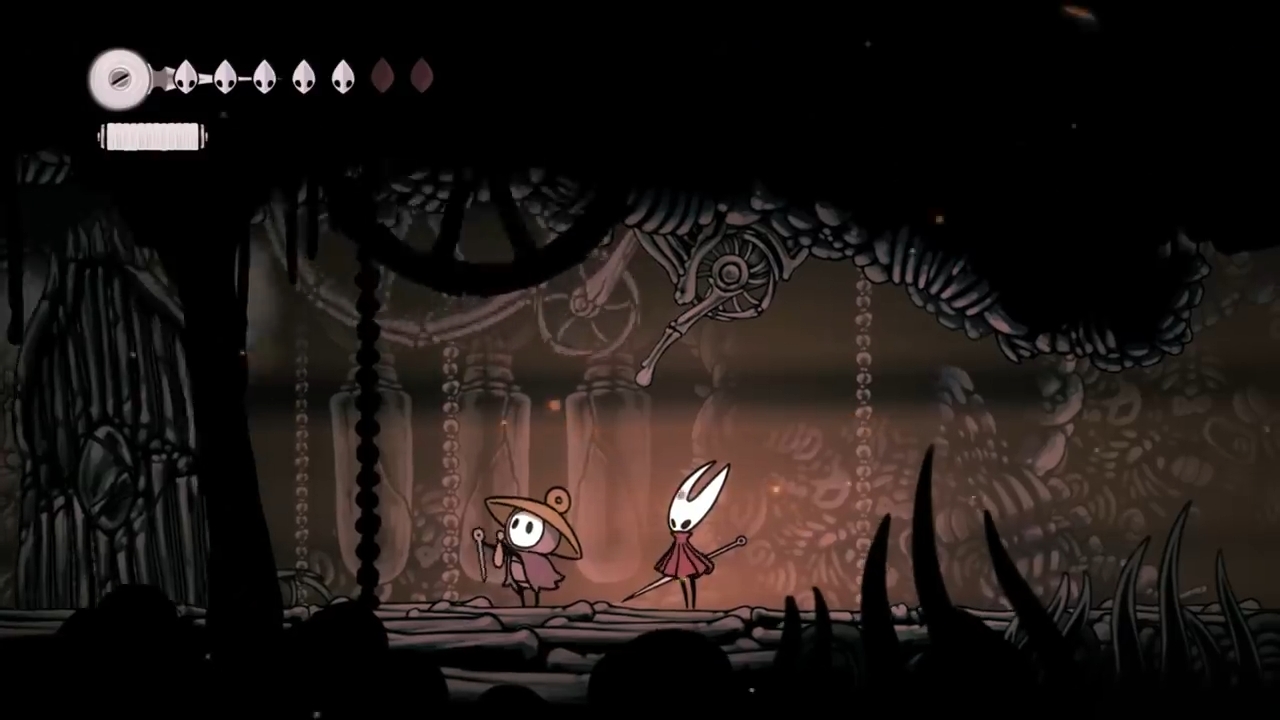 Mine Wayfarer Quest theory. If this is one of the gates that Hornet will bring an NPC to. It seems that the npc, in this case Sherma, will open the gate and unlock new places for you.

Next up we have dead bodies in the wall 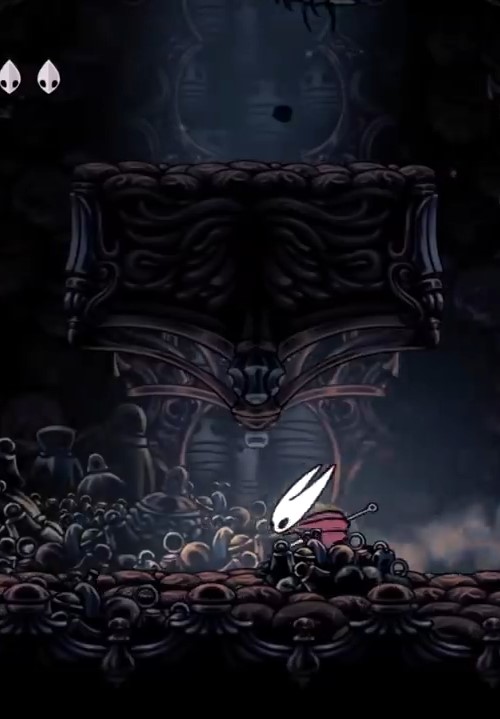 Those are definitely not paintings, you even this type of enemy. 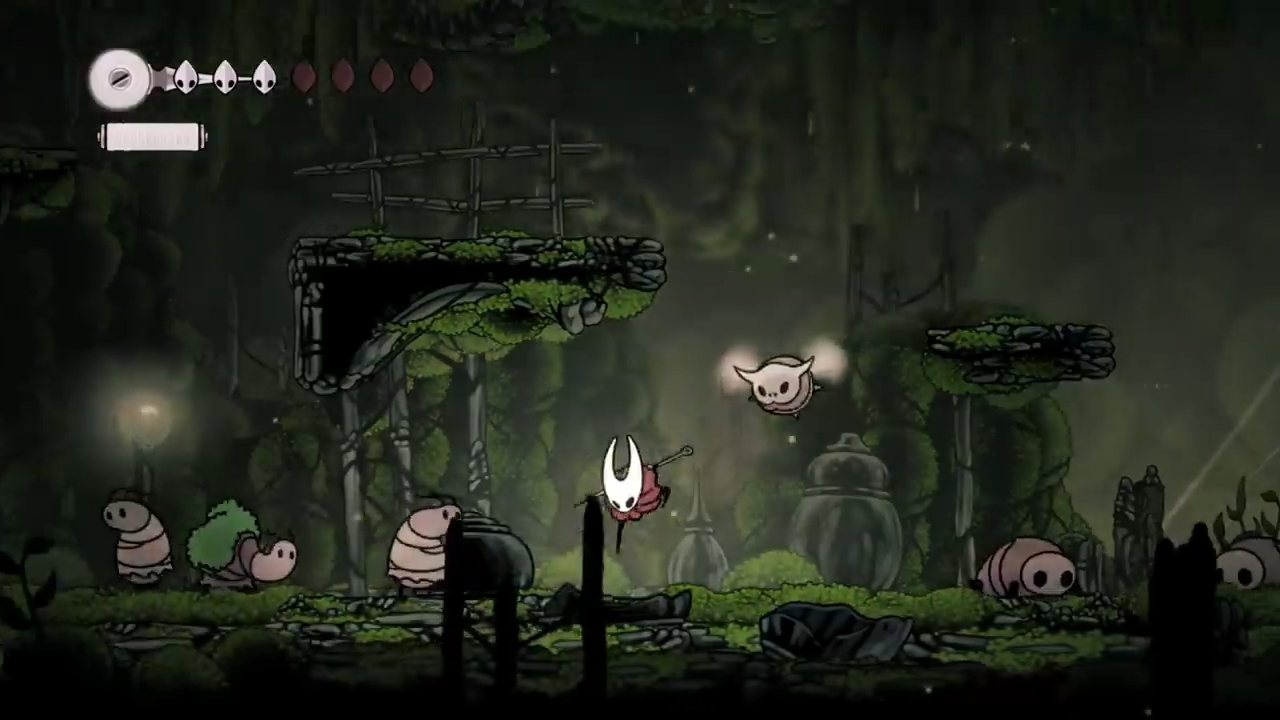 See! Also see those lines in the right corner. Are those thread or is this light?

Let's call it the opera house. 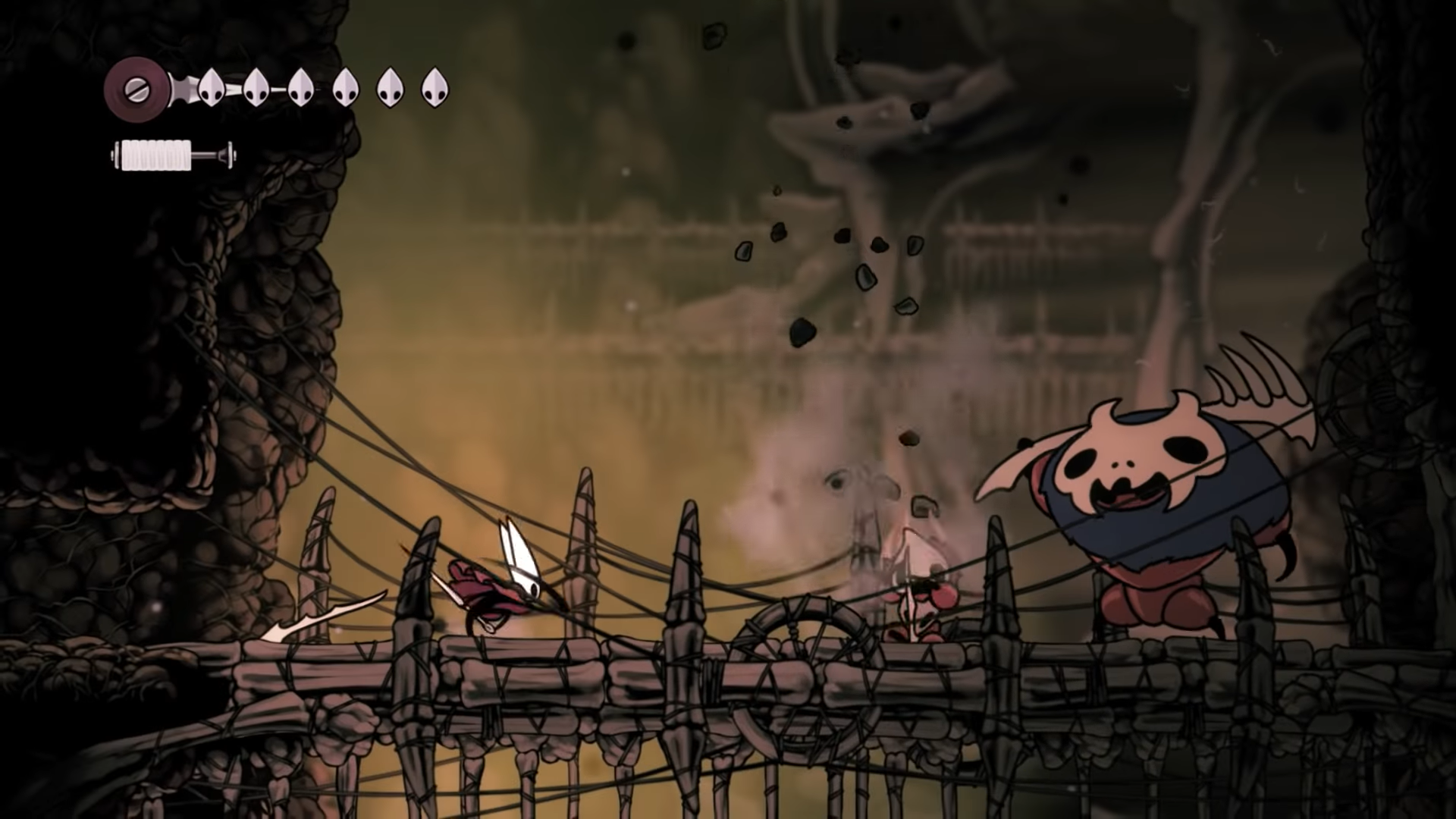 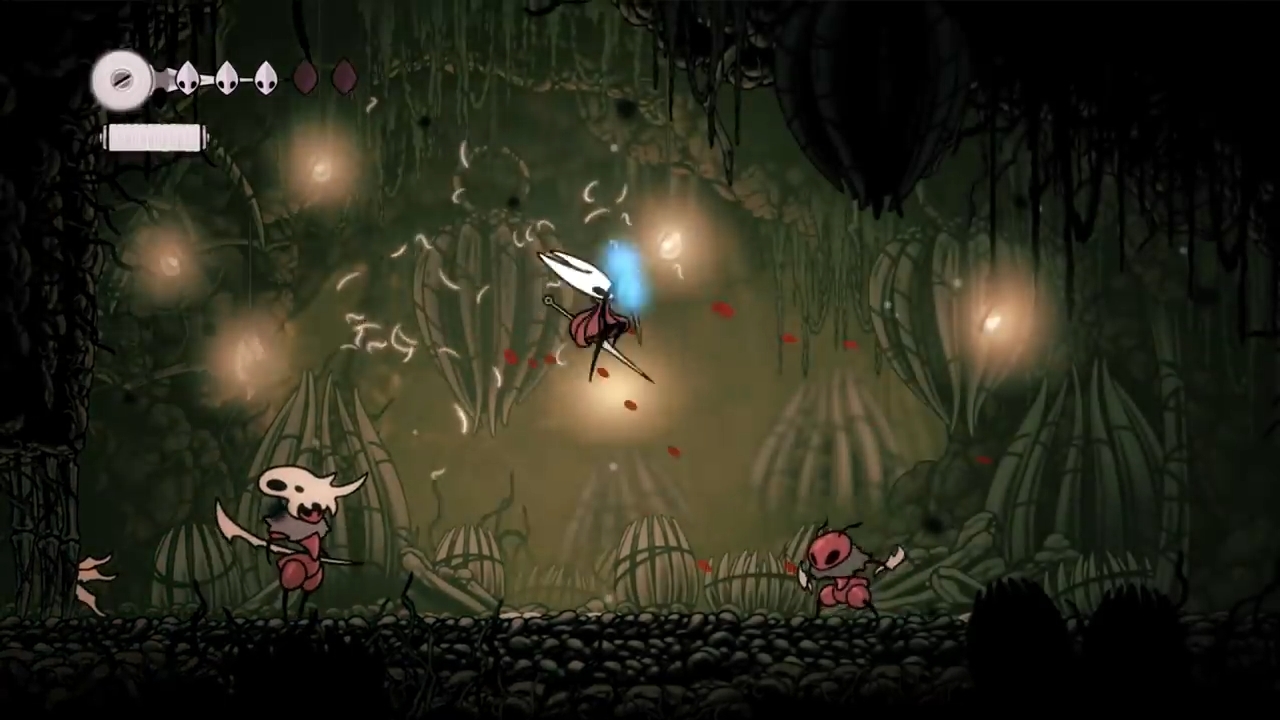 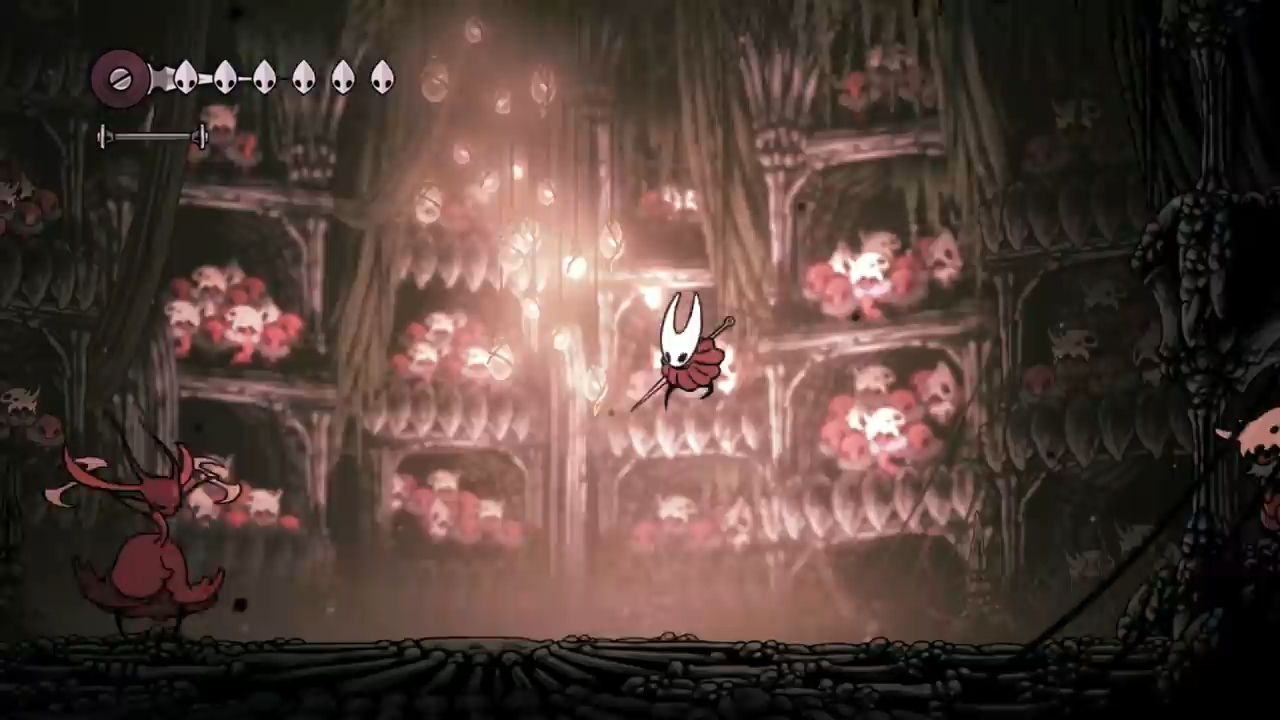 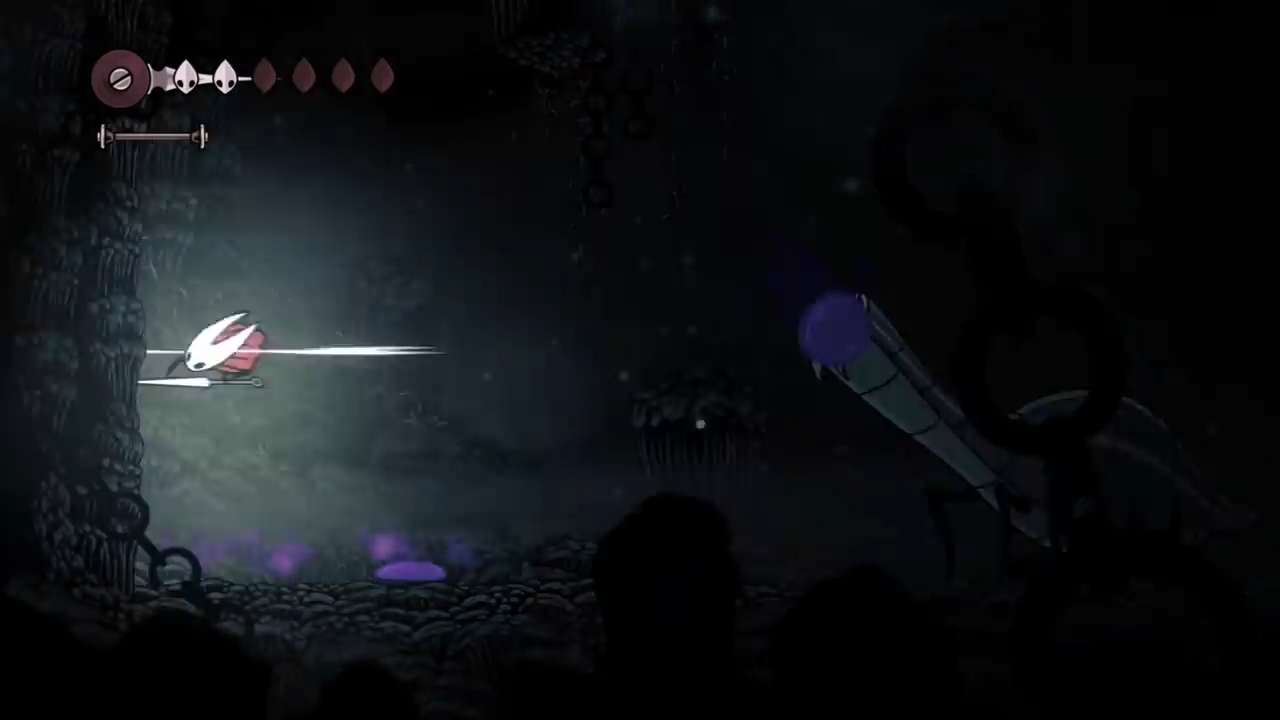 Speaking areas that are connected, I think this place is in the first gilded (Bell)city. 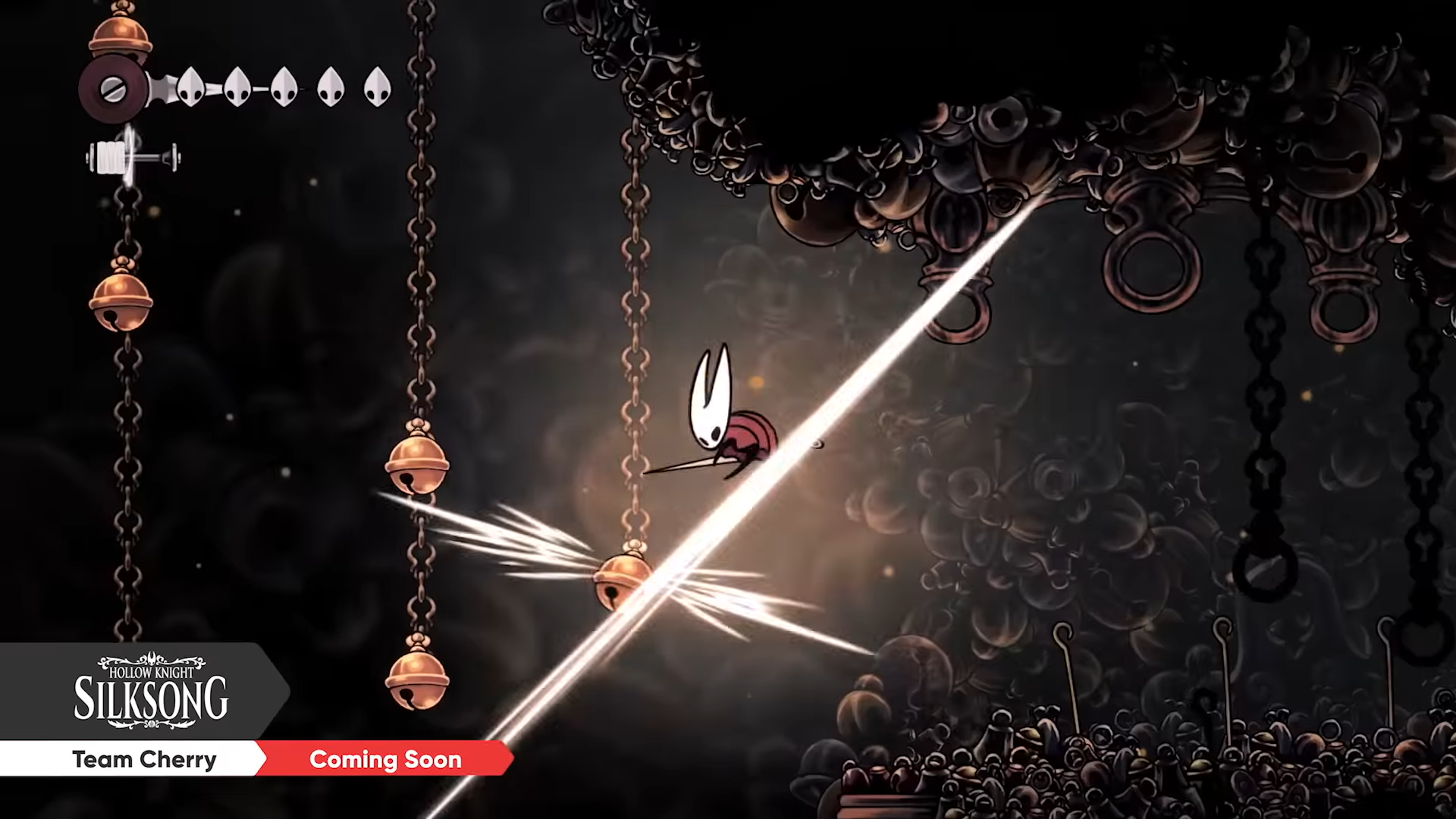 Going back to the coral forest for a bit, there's this yellow coral that sticks out that just seems kind of odd. 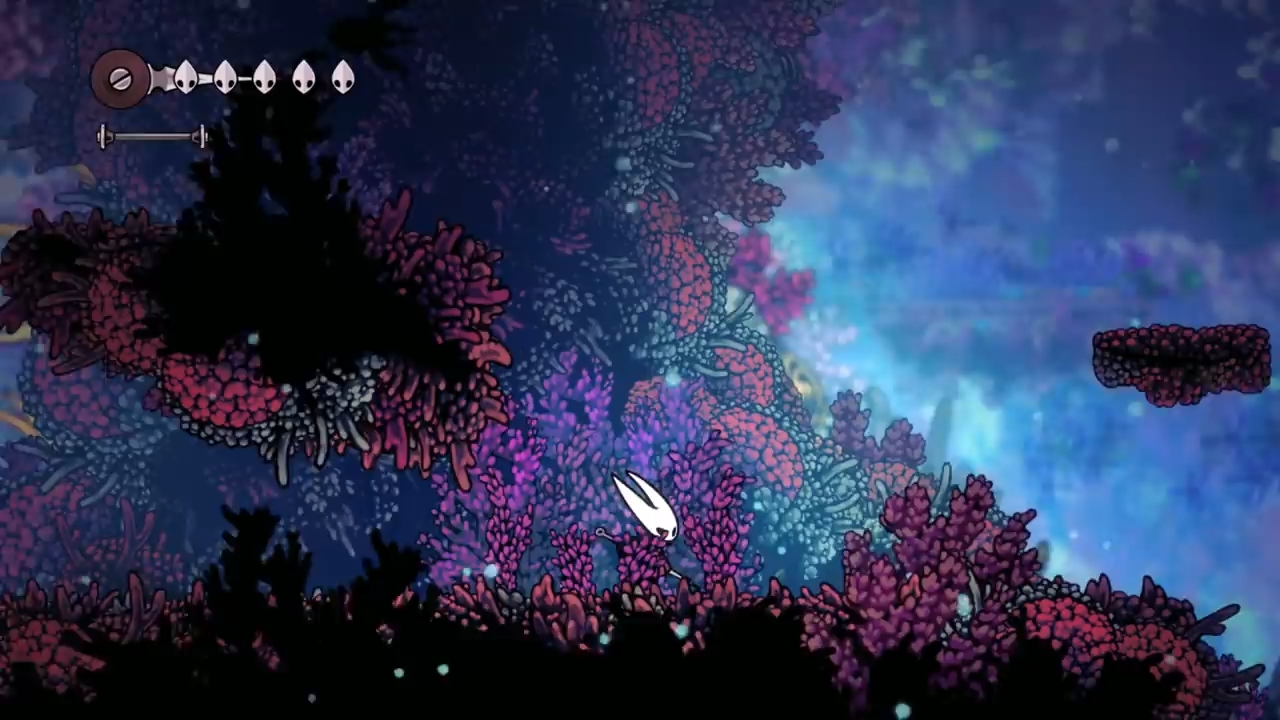 If you look left you can see what I mean.

Finally I wanted to talk about Seth

First I theorized he might be found somewhere between Dirthmounth and the Dark ocean. Now however I think he's in the place that connects the dark ocean area with Greymoor.

Just look at the rockformation: 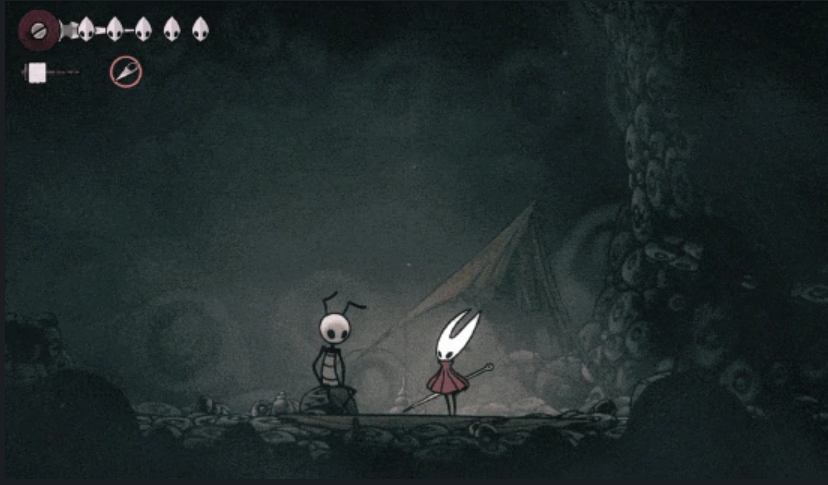 That's it for now.

Would love to hear other people ideas.

So with the weavers. its pretty much sure that they all left before the infection hit right? but what about the little guy we see in Deepnest? why is it still there? Why is it the only one thats still there? What was it doing in the first place? why do we never see it again? where did it go? WhAT IS gOiNG On witH tHiS wEaVEr?!?

Hi! Any recommendations on charm combos for the Pantheons?

Anybody realize how HN's quote "Father..?" is just so sad? It really gives us a large glimpse at who he is and who he was.

I've got stucked at grimm (troupe master grimm). I watched some videos but I die everytime on his second or third phase. Oh and I take a lot of damage at the pufferfish attack (that time when grimm flies and get fat). Charm ideas, tactics ? I have the pure nail, all charm notches, masks, vessels and charms.

What do you think mister mushrooms ending really means? Do you think that is going to be a new game by team cherry?

Why do people keep saying Hollownest, when the correct form of the word is Hallownest?

I imagine people get confused because of the name of the game, but still...

Nightmare King Grimm
Yes
No
Who?

Yesterday I finished Hollow Knight on Steel Soul mode, got more than 100% and finished in 18:33:11 hours. Three achievements at once, YES!

Then I realised I only need three more achievements: Embrace the Void and both speedruns. I was wondering what kind of achievements do ya'll still need to do.

And I also was wondering what kind of achievements Silksong will have. My guess are the following:

Would love to hear other people ideas or what kind of achievements they still need to do.

I believe it was Relic Seeker Lemm who said that the white palace just disappeared one day, but I don't think things just do that. so what do you think happened?